CHATTANOOGA, Tenn. (July 14, 2021) — Tennessee Valley Federal Credit Union, based in Chattanooga, Tenn., has been recognized on the Forbes list of America’s Best-In-State Credit Unions 2021. This prestigious award is presented by Forbes and Statista Inc., the world-leading statistics portal and industry ranking provider. The awards list was recently announced and can currently be viewed on the Forbes website.

To gauge which firms have the most satisfied customers, Forbes partnered with market research firm Statista to survey nearly 25,000 people in the U.S. about their banking relationships. Consumers were asked 20 questions about their financial dealings. The credit unions and banks were rated on overall recommendations and satisfaction, as well as five subdimensions (trust, terms and conditions, branch services, digital services and financial advice). Overall scores ranged from 77.38 to 95.63. Of the more than 5,000 credit unions nationwide, only 3.6 percent made the list.

Of the 5,068 credit unions and 4,978 banks, TVFCU received the highest score in the nation.

“We are extremely humbled to be recognized by Forbes as the Best-In-State Credit Union in Tennessee, and to have the highest survey score of all financial institutions is awesome,” said Todd Fortner, president and CEO of TVFCU. “This designation is incredible, and meaningful in that we did not apply or lobby for this result as it was our members who completed the anonymous survey by Statista, which further exemplifies the significance of the results. This award is a testament to TVFCU’s commitment to member service and to the communities we serve. We are proud of our staff for their dedication to service, and we thank our members for great survey responses.”

Since its creation in 1936 by Chattanooga TVA employees, TVFCU has garnered a reputation for member service and innovation. TVFCU was one of the first financial institutions to remove traditional teller lines and implement conversational dialogue branches in the early 2000s. In 2015, TVFCU was a pioneer of interactive teller machines and has introduced more than 80 ITMs throughout its service area. Furthermore, TVFCU has robust digital services, implementing video banking in 2020.

TVFCU has been named by Chattanooga Times Free Press readers as Best Credit Union for the past 13 years. Additionally, TVFCU was ranked as a Best Place to Work by Edge Magazine since the program started in 2020.

As a member-owned cooperative, TVFCU is committed to being involved in the communities served by supporting local events, programs and initiatives. TVFCU has awarded more than $170,000 to community initiatives in 2020 alone.

Today, TVFCU serves more than 161,000 members who live, work, worship, volunteer or attend school throughout the 13-county service community in Southeast Tennessee and North Georgia. With more than $2.1 billion in assets and 21 branches throughout the area, TVFCU is the largest credit union in the region. For more information, please call (423) 634-3600 or visit tvfcu.com. Watch a video of Todd Fortner, TVFCU president and CEO, talking about the award on TVFCU’s YouTube Channel.

Tennessee Valley Federal Credit Union (TVFCU), a not-for-profit financial cooperative, was established in 1936 when 57 Chattanooga TVA employees pooled $500 to create the member-owned credit union. Today, TVFCU serves more than 161,500 members who live, work, worship, volunteer or attend school throughout the 13-county service community. With more than $2.1 billion in assets and 21 branches throughout the area, TVFCU is the largest credit union in the region. For more information about TVFCU, please visit tvfcu.com. 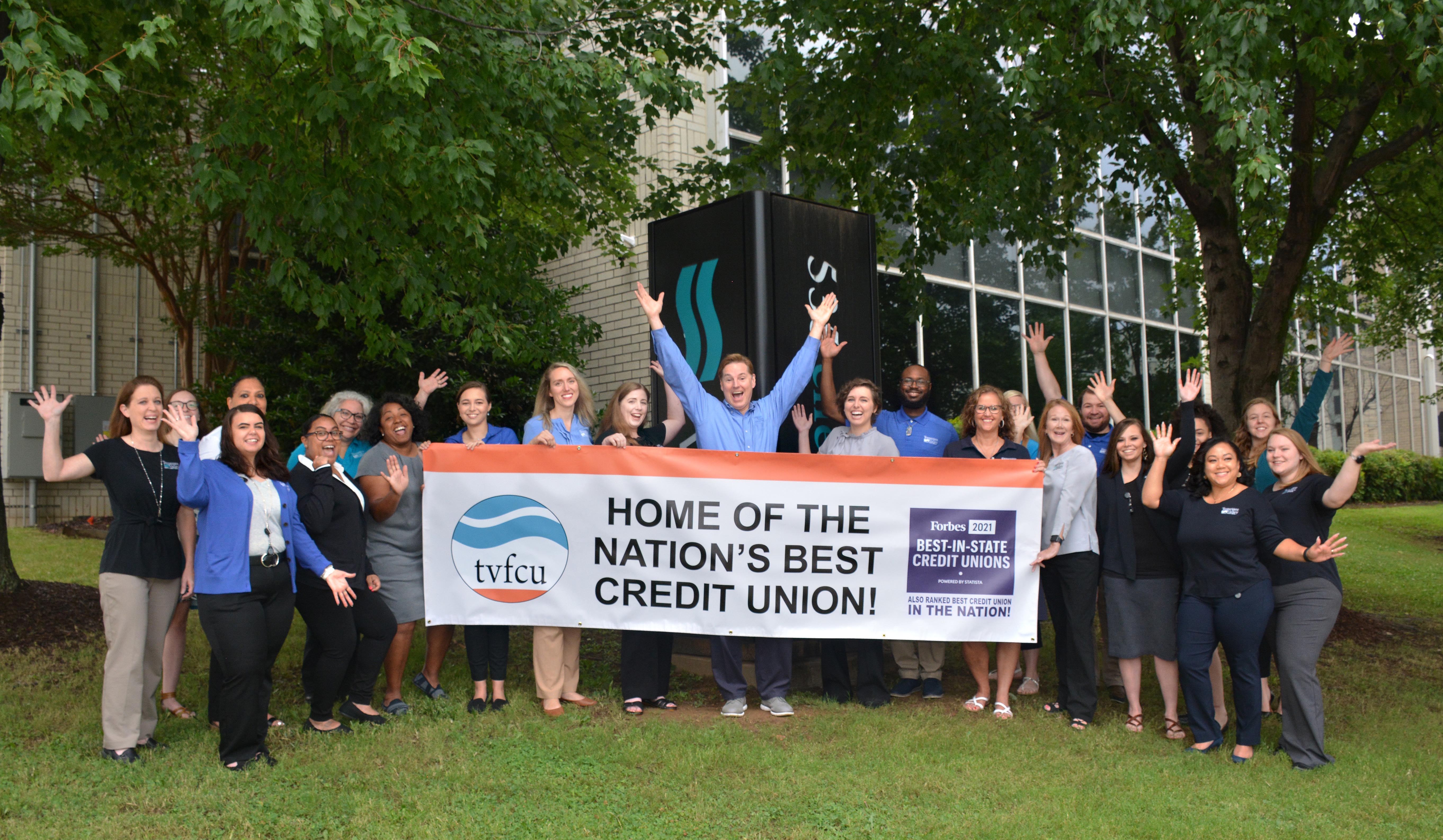